ATTENTION CHORAL, BAND AND ORCHESTRAL DIRECTORS!!
Are you looking for an exciting work that can be performed by chorus and orchestra/band? Then check out our fully orchestrated gospel music arrangements.  Many of the works composed by Dr. Raymond Wise, Rev. Frank Lane and others have been scored for full symphonic orchestra (violin, viola, cello, bass, flute, oboe, clarinet, english horn, bassoon, trumpet, horn, trombone, tuba, percussion, harp, piano, bass, and drums).  For more information or to order email raiserecords@aol.com or call (614) 353-8392. (Instant ordering, sample pdf scores and demos from this page coming soon)

Raise Publishing also has horn and string parts scored for keyboard synthesizers for many of its selections.
Call for more information or see the pieces marked */** in the sheet music catalog. 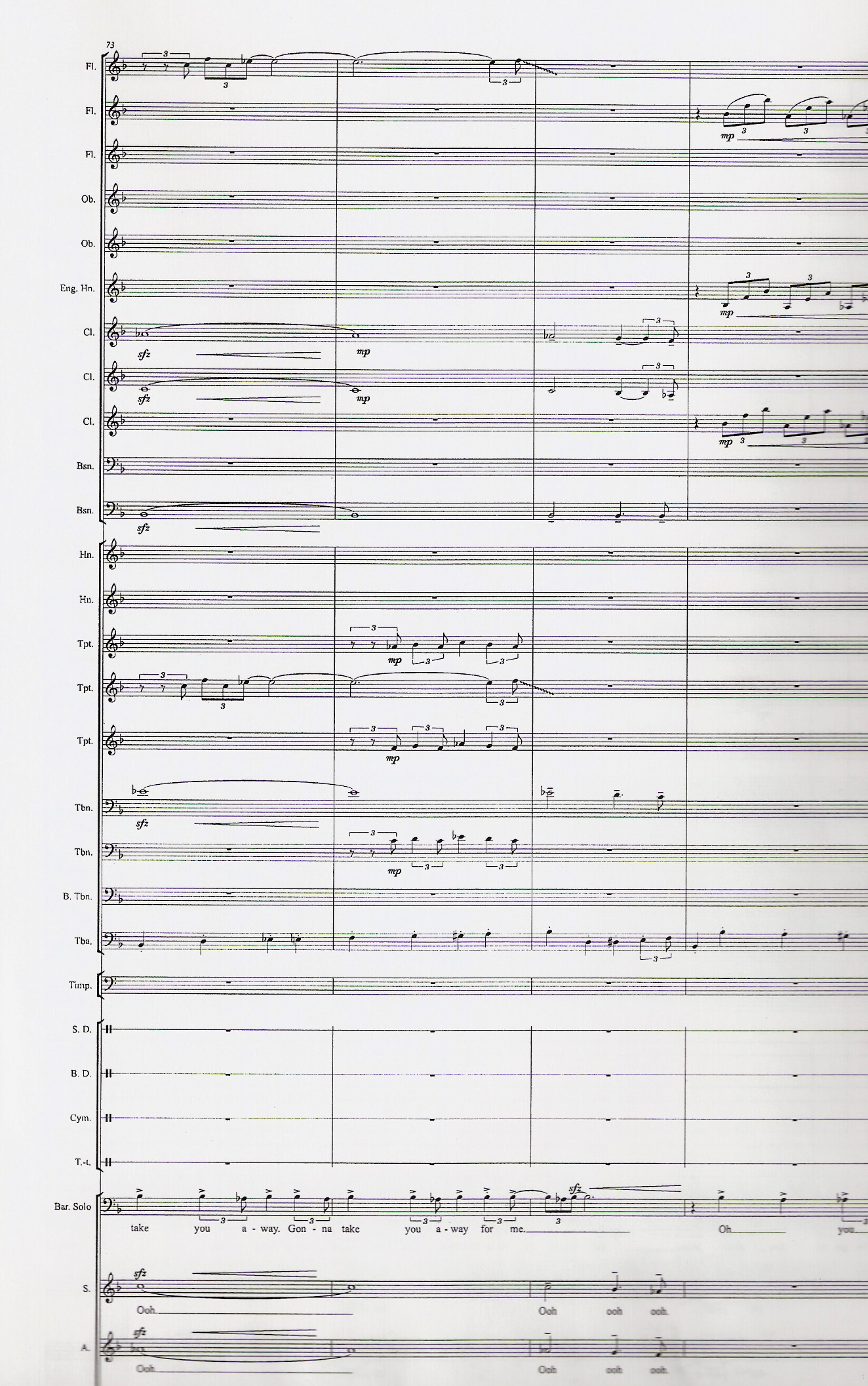 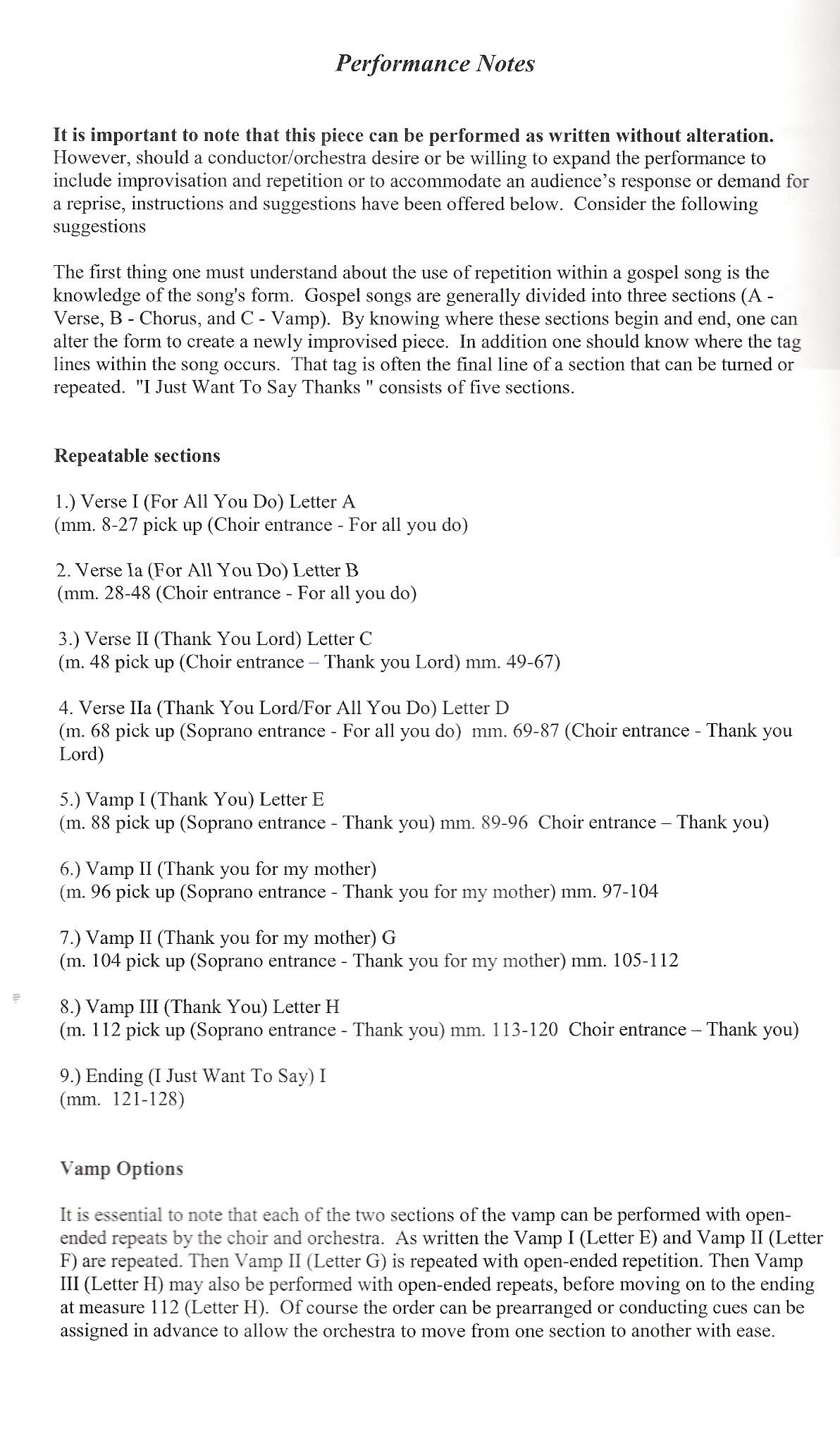 PARTS NOW AVAILABLE for rent or purchase.
To purchase electronic or hard copy scores order above.
To rent parts email raiserecords@aol.com or call (614) 353-8392

Purchase Terms: Parts can be duplicated and shipped performance ready or parts can be shipped electronically (pdfs) to be duplicated as needed by purchaser.  Orchestral parts for purchase range from $300.00 to $500.00.  Orchestral digital part masters for purchase range from $150-$250.00.  When digital masters are   purchased, client may copy scores as needed.  An authorization to reprint letter is provided with digital purchases. Parts/sets for additional instruments can be created if necessary.  For more information email raiserecords@aol.com or call (614) 353-8392.  Other Raise Publishing compositions can be scored for orchestra.  New orchestration ranges from $1500.00 to $3000.00.  For more information email raiserecords@aol.com or call (614) 353-8392.

Rental Terms: Parts for rental will be shipped up to 45 days in advance and must be returned within 30 days after the scheduled performance.  Part rentals range from $250.00 to $350.00.  Additional parts/sets can be created if necessary.  For more information email raiserecords@aol.com or call (614) 353-8392 .

To see and hear additional orchestral excerpts and video clips go to you tube and search:


Dr. Wise is available to serve as a guest conductor for your gospel orchestral concert.   For more information contact Dr. Wise at raw12361@aol.com. 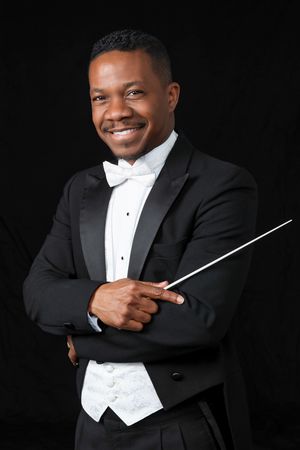 Raymond Wise, Ph. D., a native of Baltimore, Md., began his musical career at the age of three, singing gospel music with his family singing group “The Wise Singers.” Wise was educated through the Baltimore City Public School System and graduated as salutatorian from the Paul Laurence Dunbar Community High School in 1979. Dr. Wise earned a B.F.A. in Music (Piano and Voice) from Denison University (Granville, Ohio) where he reorganized the Black Student Union Choir, started the Black Student Union Ensemble and Dance company. He did additional studies in Opera, Art, and German at the Institute for European Studies in Vienna, Austria, and African-American History, Music, and Dance at San Francisco State University in San Francisco, California. He completed an apprenticeship in the business and recording of Gospel Music with the Walter Hawkins Corporation in Oakland, California. Dr. Wise was awarded a Graduate Fellowship from the Ohio State University in Columbus, Ohio where he earned a Masters in Music Education, Ohio Teacher’s Certification, and Doctorate in Music Education. His dissertation topic was “Defining African American Gospel Music by Tracing its Historical and Musical Development from 1900 to 2000.” Dr. Wise anticipates the pending release of his new book entitled, “What Happened to Gospel Music?” published by Cascade Press.

His works are published by Hinshaw, GIA, Hal Leonard, MusicSpoke, Abingdon Press, and the United Methodist Publishing House. Wise was recently awarded a writer/editor series with Hinshaw Publications. His Anthology of 21 Spirituals for the 21st Century has received national and international acclaim. More than 200 of his compositions are available through the Raymond Wise Choral music series. Wise’s works have been performed and recorded by national and international recording artists.

Wise has received numerous commissions, including “Afro-American Suite” written for Bass-Baritone and Chorus and Barefoot, a children’s opera commissioned and performed by the Opera Columbus’ educational outreach program. Other notable commissions include "The Essence of Christmas,” a choral Suite for Strings, Brass and Rhythm, commissioned by the Essence of Joy Singers from Penn State University (2014) and A Suite for Bassoon and Piano entitled "This Far By Faith" commissioned by Dr. Maya Stone. Wise has composed works for the American Spiritual's Ensemble, the International Spiritual's Festival held in Prague, Czech Republic, and others. Dr. Wise’s most recent commission is entitled "Lift Your Voice and Sing" was commissioned for the 2022 American Choral Directors Association (ACDA) Eastern Division Gospel Honor Choir.

Wise has composed original scores for more than 20 musical theater productions, including Dwight Collin’s “Dark Symphony,” the Samuel S. Davis production of “The Snow Queen,” and the Amera-flora production of “Listen With Your Heart.”   Wise has composed and conducted his orchestral works with the Nashville (TN), Littleton (CO), Akron (OH), Ithaca College (NY) and Czech National Symphonies. His works have also been performed by the McGill University Omaha, (NE) and London Symphony Orchestras.

Wise's compositions are featured in the "Zion Still Sings" and “African: hymnals and the "The Lectionary Psalter."   Wise also has a newly released pieces with Hinshaw Publications.  Wise won an Addie Award for a commercial for Franklin County Children’s Services which featured his composition entitled “Give Him a Hand.”  Wise recently won an Emmy Award Winning for his work as writer and conductor for the PBS documentary film “Amen: Music of the Black Church.” He was featured on the Long Street Wall of Fame Bridge in Columbus, Ohio has won numerous Gospel Music Excellence awards and nominations for his gospel compositions.

Wise is the founder and President of Raise Productions’ Center for the Gospel Arts, a gospel music production and publishing company in Columbus, Ohio, established to provide educational training and resources for gospel artists and the community. Wise has served as the artistic director of the various Raise performing ensembles since 1986 (www.raiseonline.com).

Dr. Wise served as the Co-Director and Director of the Hampton University Minister’s Conference Choir Directors’ and Organists’ Guild and Academy that provides intensive training in African American sacred music for church musicians. He has also served as a member of the academic faculty for the Gospel Music Workshop of America for 34 years. His knowledge of the gospel and classical music genre has enabled him to serve as a consultant and clinician in academic and gospel music settings. Wise is known for helping choirs perform gospel music authentically. Dr. Wise served as the Ethnic and American music Repertoire and Standards Chair for the American Choral Director’s Association Central Division (ACDA).

Mark Lomax is available to create arrangements for your chorus, band or orchestra.  For more information contact Mark Lomax at marklomaxii@mac.com. 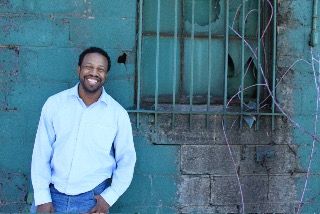 “Lomax is the rare drummer who leaves you wanting more, leading his bandmates through a strikingly terse, brilliantly counterintuitive and ultimately joyous series of explorations.” - Lucid Culture

Inarhyme Recording artist Mark Lomax, II has spent a lifetime in music. His mother, a composer of gospel music, introduced him to both gospel and jazz at an early age. He continued his study of gospel music with Dr. Raymond Wise, founder of the Center for the Gospel Arts, where Lomax currently teaches. Mark has collaborated with Dr. Raymond Wise to orchestrate music for the Nashville, Akron, Littleton, Colorado, Ithaca University and Czech National Symphonies.

Besides performing with gospel choirs around the country, Lomax also boasts impressive jazz credentials. He toured with the Delfeayo Marsalis Sextet in 2005, and has worked with Clark Terry, Marlon Jordan, Azar Lawrence, Bennie Maupin, Billy Harper, Nicholas Payton, Ellis Marsalis, Donald Harrison, and Wessel Anderson, among others. Jazz Times says Lomax’s “forceful drumming would have made Elvin Jones proud.” He completed a Doctor of Music Art's degree in composition at The Ohio State University. His myriad experiences have allowed him to create a wonderful blend of styles in his music. Whether he’s interpreting the Negro Spiritual through jazz, arranging gospel music for a symphony orchestra, composing or performing his original works, his music is relevant, probing, and inspiring.

With his new release The State of Black America, Lomax synthesizes all his previous experiences, in gospel music, jazz, and classical music into a powerful personal concept. “It has never been about one or the other when it comes to human experience,” Lomax says. “It is always about the whole, the ability to celebrate our differences while building upon our similarities.”

In addition to performing and composing, Mark has taught college preparatory theory classes in the Columbus Public School system. He has developed general music and music history curricula for the Martin Luther King Jr. Summer Camp program and the Directions for Youth and Families program that targets ‘at risk’ youth and teens. Lomax is also a lecture in the musicological ﬁeld of ethnomusicology specializing in the socio-political, and spiritual aspects of African-American art musics.